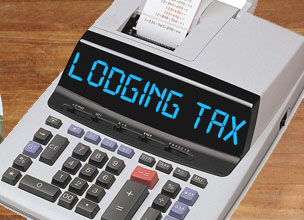 This month, the state legislature will continue its discussion of a bill to expand the lodging tax to short-term rentals.  On several occasions, both publicly and privately, we have voiced our concerns that a sudden 11.7% increase in rental rates will adversely impact tourism on the Cape and Islands. The rental season is short, homeowners who rent are already financially strapped, and vacationers are price-sensitive.  We have heard that several major realtors on the Cape are reporting a significant drop in rental business this season, and this is even before a lodging tax that would increase rates by 11.7%.

Gov. Christie recently vetoed a similar lodging tax in New Jersey, citing that he felt it would be bad for the state’s economy.

Unfortunately, we’ve been advised that some form of lodging tax on vacation rentals is very likely to pass.  With that in mind, we recently contacted legislators, including Rep. Aaron Michlewitz, Chair of the Joint Committee on Financial Services and sponsor of bill H3454, a list of ideas for possible mitigation to soften the blow:

We also informed Rep. Michlewitz that 3,000 of the homes currently listed on our site, or 73%, are owned by MA residents.   In addition, 45% of this year’s vacationers are from within Massachusetts. Thus, this bill will primarily be burdening MA residents.

We have recently received an email response from Senator Cyr, who appreciated our recommendations for mitigating the impact of the bill (outlined above). He wrote that, “It still looks like debate will commence in the fall (likely October) starting with the House followed by the Senate.”

If you have additional ideas for mitigation, you might email them to your local legislators and/or Representative Aaron Michlewitz, sponsor of Bill H3454.

We’ll keep you posted if/when we learn anything more.