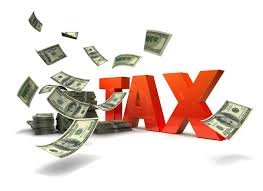 As we have been saying for several months, the lodging tax is likely not to be taken up by the State Legislature until after the first of the year, when their formal session begins.  We recently reached out to Senator Cyr for information and were somewhat surprised by the response. According to his office, “Senator Cyr’s sense is that the Legislature will take up room occupancy again in the new legislative session that starts January 1st. Our best guess would be that room occupancy tax is part of the FY20 Budget and would have an effective date of 2020 — but that’s just an educated guess. “

So there you have it.  Obviously, we will keep you posted as we move into the new year, but if Senator Cyr’s supposition is accurate, it would be a relief to all of us to have another summer season without the tax.

Additional Clarification Regarding Other Fees

On another note, we emphasized in a previous post that additional fees such as cleaning and pet fees will be taxed along with the basic rent.   Keep this in mind as you establish your pricing for next year. No matter how you break it down, the tax would apply to the total amount paid by the vacationer (not including the refundable security deposit).