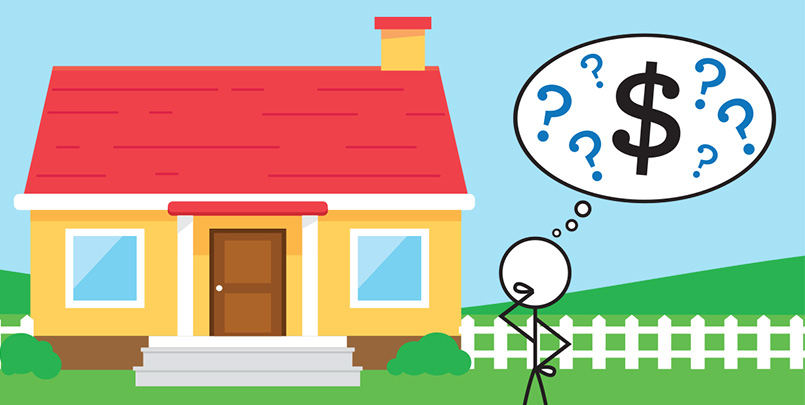 In this constantly changing industry, we’ve certainly seen some remarkable developments over the past few years! Here’s a look at how the Cape and Islands rental market differed this past year  from previous ones – and our advice about setting your rates for the 2022 season as a result.

Are homeowners raising their rates?

Yes, we are certainly seeing a lot of listings with rates for 2022 that are higher than this past season: some are just slight increases, others are pretty dramatic. Here are some reasons why owners feel justified in raising their rates.

Prices were fairly stagnant the past few years

In many cases, homeowners have felt that they were unable raise their rates much, if at all, over the past few years. First, it was due to the passing of the Lodging Tax prior to the 2019 season. With a sudden effective increase of nearly 15% in many towns, not many owners felt confident enough to raise their rental rates as well. And then in the early booking season of 2020, the pandemic created so much uncertainty that owners were once again forced to be restrained with their rates.

Then emerged the extraordinary demand very late in the bookings season last year, when bans were lifted and the vacationer floodgates opened. But by then, homeowners had already set their pricing and were unable to adjust them upwards.

For this past season, many homeowners finally increased their rates: on the Cape, 4.4% (nearly triple last year’s increase), the Vineyard a huge 9.8% (again nearly triple), and Nantucket considerably higher than last year, too, at 3.1% vs. 0.3%

Here’s a look at rental rates by region near the beginning of the booking season: 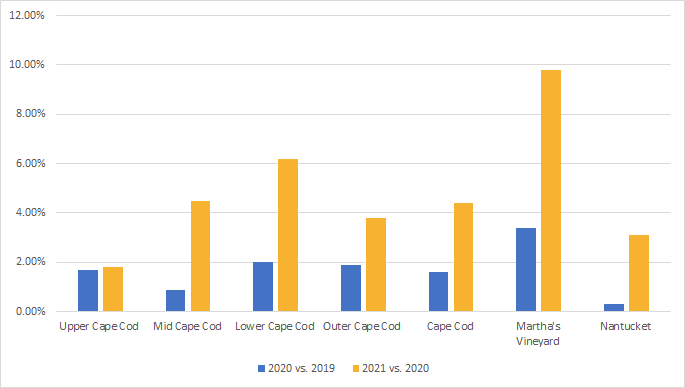 But at the time prices were set, we still didn’t know for sure that the demand for rentals this summer would be quite as extraordinary as it ended up being. Otherwise, in hindsight, many homeowners might have raised them more than they did – and for next year, they hope to make up what they feel they left on the table.

By the time the rental season actually got underway this year, the tremendous demand for rentals was obvious – and inventory was exceptionally low. Filling last-minute vacancies was a breeze, and we witnessed practically a feeding frenzy from desperate vacationers.

Naturally, while homeowners felt restrained in raising their rental rates, their expenses didn’t just freeze accordingly. Not only did they rise in a normal fashion, but other expenses were added as well, such as significantly higher cleaning costs due to the pandemic.

So, should you raise your rates?

It really depends on your situation. If you have held off doing so for a while and feel that your home was undervalued this past season, then yes.

We are already seeing a marked increase in inquiries for next year, and there are no signs of a let-up in demand going forward. Especially if you have made any capital improvements to your home, the chances are you will be safe in raising your rates.

On the other hand, you may have a more difficult time raising your rates if you have recently already raised them or they are already fairly aggressive. You might also think twice if your home has a lot of competition (e.g., has 3 bedrooms and is not within walking distance of a beach).

A warning about raising rates

If you price your home aggressively, it’s less likely that some of your past guests will return next year.

And keep in mind that, with an increase in rates, vacationers’ expectations also rise. If they feel they overpaid, they will be more apt to find fault with things and complain.  At a minimum, basic upkeep is critical to ensure your rental continues to deliver the expected value.

Most of you who have been renting for years have already noticed how much more discerning and demanding vacationers are now than they used to be. Although the Cape and Islands is still an affordable vacation destination compared to some areas of the country, rental homes in the past tended to be simpler, more rustic, and vacationers were content with that. Now, central AC and more luxurious offerings are in higher demand by vacationers. So, make sure your home delivers the value they are expecting.

What about your repeat guests?

Keep in mind that you don’t need to charge your returning guests the same rate as your new ones. You can either try to lock them in again for next year by allowing them to return at the old rate – if they commit by a certain date. Or you can raise their rate a little but not as much as for new guests, perhaps halfway between the two. Either way, be sure they are aware that you are giving them a break.

Enter your pricing and availability for 2022

Whatever you decide to do about your pricing for next season, enter it on your listing! As mentioned above, we are already receiving an increased number of inquiries for next year, and without pricing and availability, your listing is much less likely to appear in a search.

Looking for general advice about pricing your home?

For comprehensive advice about how to price your home, both when you’re first starting out and from season to season, read our Blog post about Pricing your home.